Sunbeam Community & Developmental Services offers a wide range of services and supports to people in our community.

Our Sunbeam Community Living Services (CLS) division offers residential programs including seventeen group homes and two overnight respite sites, serving the care, accommodation and support needs of children and adults in Waterloo Region.  Our persons-served are individuals of all ages who are living with varying levels of developmental, intellectual and/or emotional abilities and capabilities, including specialized programs and supports for medically complex individuals, some of whom are technology dependent, and individuals requiring unique behavioural supports.  Our Kingsway campus in Kitchener also includes Day Program options for recreation, skills development and socialization activities, summer camp programs, passport funded activities, a community pool, therapeutic spa, and other clinical and therapeutic supports and amenities.

The Sunbeam Developmental Resource Centre (SDRC) is based in Waterloo Region and serves a broad spectrum of service, program, and support needs to individuals, families and agencies across South-West and Central Ontario.  We offer a range of professional and support services to individuals of all ages with a developmental disability and/or an Autism Spectrum Disorder. We assist  individuals and their caregivers in accessing community services and supports through:  system intake, coordinated service planning, service solutions, Applied Behavioural Analysis (ABA) and Brightside Fee-for-Services supports, transitional aged youth, host family supports, oversight of Outside Paid Resources, service coordination, fetal alcohol syndrome programs and access to a community passport developer.

Sunbeam is also the host agency for Developmental Services Ontario (DSO) Central West Region.  Our DSO opened its doors on July 4, 2011 as the contact point for adult developmental services and supports in Central West Region. It is one of nine DSO agencies that were created by the Government of Ontario. In Ontario, adults can apply for different kinds of developmental services and supports. This includes residential, community participation, Passport funding & services, caregiver respite, person-directed planning, and specialized supports. This applies to the Ministry of Children Community and Social Services (M.C.C.S.S) funded services for adults only. DSO offers supports and services for adults in the areas of:  eligibility assessment and application for adult services, intake coordination, service navigation, referrals to M.C.C.S.S. and other programs and services, housing navigation services and resource / vacancy coordination.

To learn more about what Sunbeam Community & Developmental Services has to offer, please check out our Services menu. 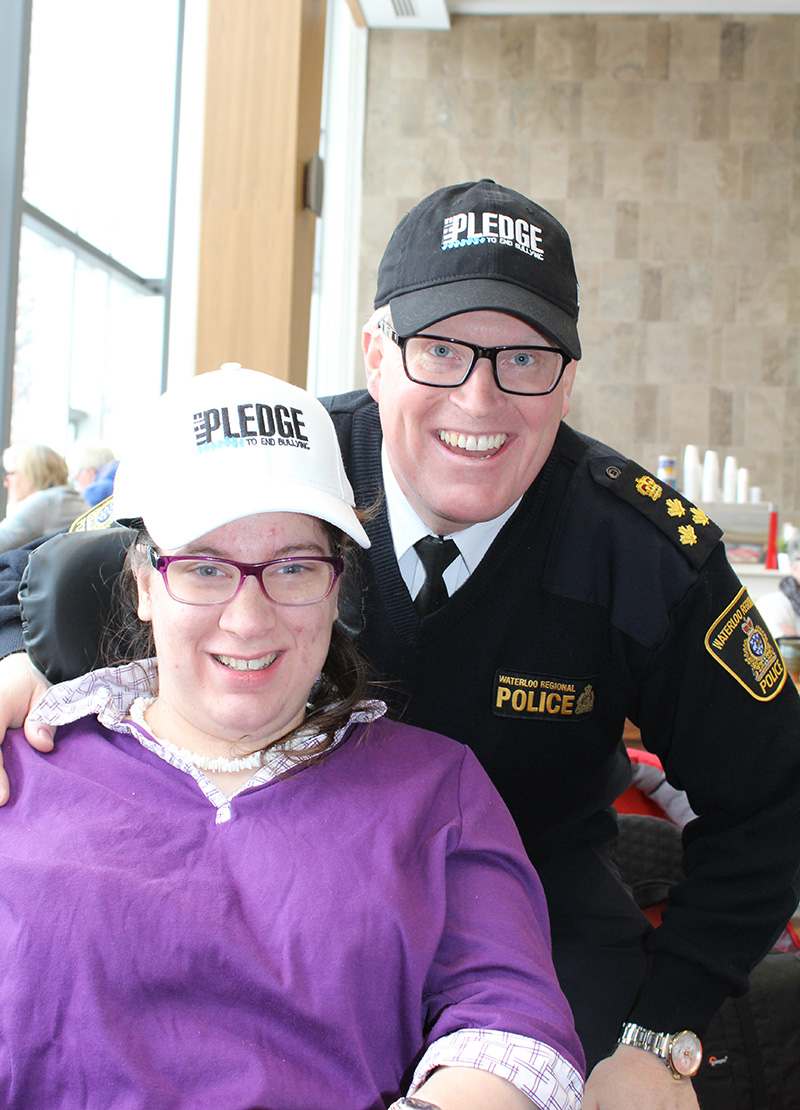 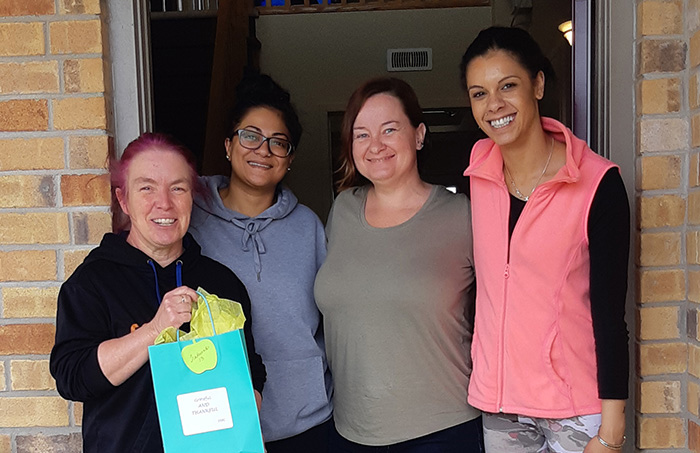 Sunbeam’s Vision, Mission and Values are the foundation of everything we do

Inclusive communities where people of all abilities are valued.

With thoughtfulness we proactively engage our opportunities and challenges.

Great communication is a cornerstone to our success as an organization.

We believe it is necessary to be intentionally strategic in all our goal setting, planning, operations and service delivery.

Working together towards shared success leads to the best possible outcomes.

A detailed history on the founding of Sunbeam Community & Developmental Services, as well as our continued progress.

In 1956, Pieter and Johanna Vos welcomed a child with a developmental disability into their home on Frederick Street in Kitchener. Within a few months, they were caring for 20 such youngsters. After purchasing a large house on Willow Street in Waterloo, they soon were caring for 40 children. As further requests continued, a second building on the same property was purchased, and an additional 20 children were taken into their care. With this, the beginnings of the “Sunbeam Home” were established.

By 1964, Sunbeam Home included properties in Doon and Conestoga, as well as Waterloo, and provided care for 145 people. In 1966, it became a non profit corporation, run by a Board of Directors with Mr. Vos as Administrator.

In 1971, a building on Kingsway Drive in Kitchener, became vacant (with the relocation of Resurrection College to the campus of the University of Waterloo.) The Board purchased the property, and 126 children moved into their new lodgings in 1972. The ’70’s also brought changes in the methods of care for individuals with multiple challenges.The Ministry of Children, Community and Social Services (M.C.C.S.S.) assumed responsibility for services for people with developmental disabilities, and introduced new legislation governing programs and services. Sunbeam Home was ‘listed’ as a Schedule II Facility under this new “Developmental Services Act,” a designation it would retain until its delisting in 1999. 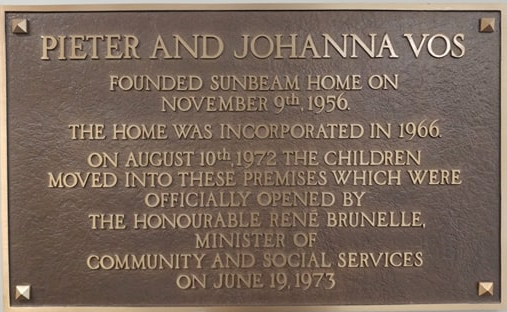 Over the next decade, developmental and school programming was introduced at Sunbeam. An application was made to the provincial government for renovations and expansion to address the problem of overcrowding and the need for enhanced programs. As 1980 arrived, programs had expanded to include physiotherapy, recreation, developmental training and occupational therapy. 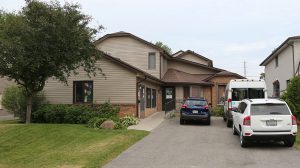 In 1981, M.C.C.S.S. agreed to a significant restructuring of the agency’s residential programs, resulting in many major renovations and expansion. This “depopulation” of our main location saw the relocation of many residents to group homes throughout Ontario, often closer to their own family homes. In the same year, Sunbeam opened its very own group home in St. Jacobs to provide 5 residents with developmental care in a community setting.

By 1985, the renovations to our main building included a therapeutic pool, gymnasium and three classrooms. On September 27, 1985 with a resident population of 66, the new “Sunbeam Residential Development Centre” was officially opened.

Throughout the 1980’s initiatives at Sunbeam Centre concentrated on optimizing residential care and training supports for residents, and the extension of professional supports to people living at home or with other agencies in the community. These initiatives included parental respite and emergency care; the creation of Community Resource Services, a team of professional staff offering assessment, consultation and education to individuals, families, and agencies; the establishment of a Family Resource Centre, which provided toys and educational materials in an integrated setting; and the opening of physical plant resources, e.g., pool, gym, etc. to community users. 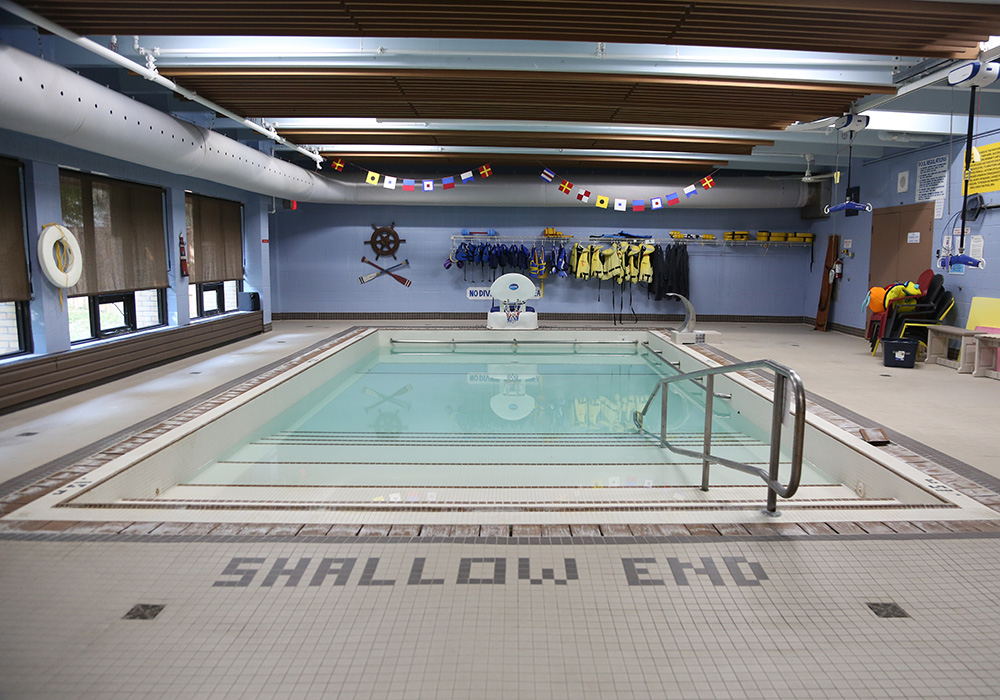 The 1990’s emphasized the “Community Living” era at Sunbeam, beginning with the construction of a second group home (Nine Pines) in Kitchener. In February of 1993, 2 more group homes were added to the agency’s scope of responsibility when M.C.C.S.S. transferred operational and administrative responsibility for Rainbow Residential Services to Sunbeam. In 1996, the building of Tradewinds and Cornridge Group Homes permitted 8 additional residents from nearby regional centres to move to new community accommodations.

Community Resource Services, with offices in both Kitchener and Guelph, were seeing about 500 clients per year, while close to 3,000 community visits annually were made to the Family Resource Centre. With significant help from corporate sponsors, a “Snoezelen Room” was built at Kingsway Drive in 1994 for use by Sunbeam’s residents, and people from other community organizations. The “Snoezelen Room”, only the second of its kind in Ontario, provided a multi-sensory experience that stimulated user senses in an atmosphere of relaxation and “gentle quiet”. 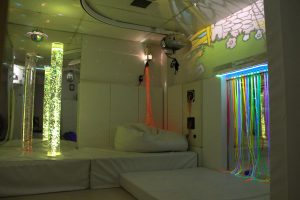 In 1997, corporate donations permitted the construction of a “Snoezelen Spa” at Kingsway Drive, which combined the sensory / relaxation elements of Snoezelen with the therapeutic effects of a whirlpool spa and for the first time, people living at home with their families were able to participate in Day Program Services at Kingsway. 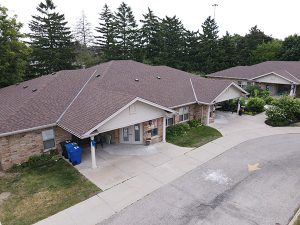 In 1997, with people still living at Kingsway, a proposal was submitted to M.C.C.S.S. outlining an ambitious redevelopment of the centre. The model was approved; and by summer 2002, Paradise, Rothsay, Breckwood and Zeller Group Homes were built in the community for 20 residents of Kingsway. A $1 million dollar M.C.C.S.S capital grant and a $1 million dollar community fundraising drive allowed Sunbeam to build four additional homes (Kingsdale, Vos, Sims and Whaley Houses) on site, by 2004. Kingsway’s final 20 residents, as well as additional people who were “medically fragile & technologically dependent” were served through this initiative. Thus ended 48 years of institutional care at Sunbeam, forever.

In 2005, the Ministry, undertook province-wide consultations, promoting a new “Transformation of Developmental Services”. This multi focus policy initiative spoke to the closure of Ontario’s last three institutions; a provincial eligibility and application process. The introduction of Passport funding for community participation, and the enhancement of specialized services for people with a dual diagnosis. Today, we host the Developmental Services Ontario gateway for Central West Region, the conduit to Passport and all other M.C.C.S.S.-funded services for adults.

In 2008, M.C.C.S.S. introduced the Services and Supports to Promote the Social Inclusion of Persons with Developmental Disabilities Act to replace the 1974 Developmental Services Act. The new Act reflects the needs and opportunities of a modernized developmental services system in Ontario. The legislation and its accompanying regulations have already had significant impact on service delivery across the province.

In the spring of 2009, we helped four gentlemen living at our Rainbow location move into a 30 year old four bedroom bungalow in Kitchener. “Champlain House” was occupied in November 2009. Sunbeam closed its other Rainbow location and assisted its residents in relocating to our newest group home, Eagen House in 2013. 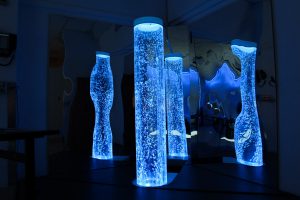 In January 2015, we began offering events & workshops for the M.C.C.S.S. Passport Program, catering to adults 18 years of age and older.

Sunbeam continues to provide optimal care and support to those it serves and their families. A highly motivated team of staff and volunteers strive each day to stay at the leading edge of service delivery, innovation and quality assurance.